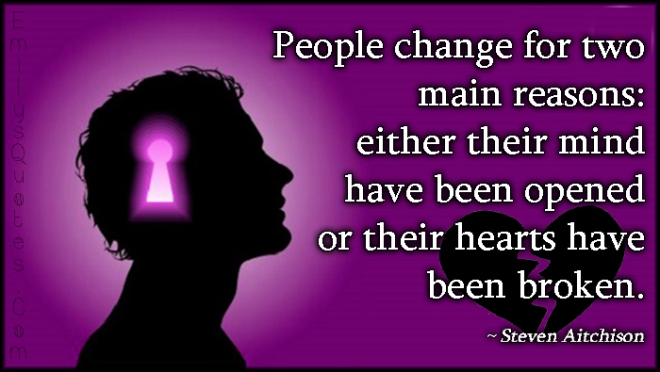 Try announcing you’re blowing up your life. The response to the announcement is an experience in and of itself.

Here’s a response that surprised me: some people find my life change fascinating. Truly, and deeply fascinating.

There’s a range from: the true skeptics (or haters)…thankfully few and far between; the people who authentically say the equivalent “not my choice, but good luck to you!”; and the people who are genuinely enthusiastic for you.

Then come the fascinated. The ones who ask questions. The ones who have been reading my blog, including some intense, raw re-counting of life change but never commented publicly or privately. Until now.

That reaction from the fascinated stirred a lot of thoughts in my head, none of which were clear until I listened to an absolutely fucking incredible podcast by Michael Gervais (of Seattle Seahawks fame), with one of my role models, Rich Roll.

Because I listened to that podcast not when it first came out January 20 or when I downloaded it a couple days before my trip to New Orleans on January 29, but on the plane back from the Big Easy on February 2, when the events of that exploratory trip and thoughts about this journey and series of life change my lovely bride and I are on were bouncing around my head with vigor. That timing is not a coincidence. Such things never are.

Here’s what happened: for the first time listening to Michael’s wonderful podcasts in which he interviews people who have achieved mastery in their pursuit, I found myself thinking as Rich was starting to answer many of Michael’s questions: “how would I answer that? What’s that answer for me?”

I was the product of an upper middle class family. I had academic success. I was a good athlete. I graduated from a good college. I’m a successful professional.

And just like Rich, the pain of that formula’s failure to align with my authentic self eventually forced a change.

Rich’s guardrails on the journey are wider than mine. He went to a high-end prep school in DC. He was part of an elite college swim team at Stanford. He graduated from there as well as an Ivy League law school, Cornell. He became a successful corporate lawyer.

And then it all came crashing down when the spiral of addiction led him to treatment for alcoholism. Came crashing down, but also started a new fork in his path that led him to quit his corporate job and leap – with a whole lot of faith and trust in the Universe – into something that produced what he does today: fitness and plant-based living evangelist and advocate. And a fabulous one at that.

And just like Rich, pain is what forced me to my crossroads. I’m not an addict, but I had to spend a lot of time in Al-Anon and counseling to get out of the fucked up patterns of my living, get real with myself about my role in the pain of the past, and how I want to, should, and can live in the future.

Rich couldn’t go back to his corporate job one more day. I realized I could, but it would kill me if I stuck with it over time.

Rich does herculean endurance events, like Ultraman. He’s an athlete the likes of which many people can’t comprehend. He’s also one of the most famous advocates for plant-based living in the country.

I’m an athlete, but with a less mind-blowing resume. I run Tough Mudders. I swim. I lift weights. I practice (and teach!) yoga. I’m now plant-based, and step-by-step growing into my own practice of mindfulness and being present.

I am, however, Eric Earling.

And listening to that podcast was so enlightening for me not simply because of what Rich and Michael discussed (which was awesome!), but because of what it forced and triggered me to think about in myself.

I knew Rich Roll was a famous, plant-based, stud of an athlete before I listened to this podcast. I never knew the many parallels our different paths have included.

Emerging from listening to Rich and Michael talk, I can speak with even more clarity what I’m out to do in changing my life:

That’s why I’m moving from Seattle to New Orleans. That’s why I’m creating a new path professionally. That’s why I’m studying to be an integrative wellness and life coach. That’s why my transition at my current employer means jumping from being a Vice President of Corporate Communications to a Culture Change Evangelist.

That’s right, Culture Change Evangelist. At a health insurance company. How cool is that?!?

I wrote that title while ideating on what a transition out of my employer in the Seattle-area could be before my wife, daughter, and I move elsewhere. The title for the temporary role stuck as the new gig came together. Talk about writing your dreams into reality (and talk about gratitude for my employer being willing to explore a great fit for both the company and me in way that is truly mutually beneficial).

People at my job have come out of the woodwork to say they love that title. They have a twinkle in their eye, a spark in their voice, eagerness in their questions about it…just like those on Facebook or elsewhere that are fascinated with my bigger life change.

There’s no universal reason people ask about those things. They all have their own motivations. Just like everyone has their own reason for making changes in life, big or small.

Here’s what that tells me: there’s a hunger for this. A hunger for the raw, authenticity of living that change out loud, warts and all.

Warts, because sometimes change is a bumpy road. There’s a vulnerability to this journey being public. Transparency means people see your success, and might see your failure.  Being that vulnerable is good. It’s how we get real with ourselves. And often how we can influence others.

I identify with so much of what Rich said in that podcast, but some comments went deeper to my core, like referring to knowing when he gets off kilter. Rich said, “a good barometer of my spiritual fitness is how irritable I get.” Because when he’s centered, present, and mindful, he’s not as irritable.

Hello laser to my soul.

When I get real with myself, I’m irritable when I get similarly out of whack. And when that happens, I’m rarely the husband and father I want to be, and less likely to be the professional I want to be too. I had an experience in the last couple days where I got irritable with circumstances coming back to life life in Seattle, and most definitely did not show up well as a husband and father.

That’s unpleasant to admit, vulnerable to say…and powerful to publicize.

Because acknowledging that publicly will trigger something, for someone. Just like Rich and Michael triggered something for me. Just like this journey my lovely bride and I are on is triggering thoughts and feelings for others. And not only triggering them, inciting people to talk to us about it. People with whom we don’t often converse, but are now sometimes having the most interesting of conversations.

That’s fascinating. It starts a snowball rolling down a mountain that will create something spectacular in many people’s lives over time.

I believe that and am truly grateful to play some role. For now, I’m eager for more fascinating conversations on this journey to come.